Rodney Harrison QC is best known as one of New Zealand's leading public law and employment law specialists. He also has extensive experience in general commercial litigation, including contract, equity, defamation and insurance law. In the criminal law sphere, he has broad experience as a defence counsel; but in recent times has largely specialised in both prosecuting and defending Serious Fraud prosecutions.

He was elected a Fellow of the International Academy of Trial Lawyers in 1995, and was a member of the Serious Fraud Office Prosecutors' Panel from 1996 - 2007.

Rodney has extensive trial and appellate experience in leading cases, with appearances before the Court of Appeal, the Privy Council and more recently the Supreme Court of New Zealand. Because of his appellate experience and legal and advocacy skills, Rodney is frequently retained to appear when cases proceed on appeal.

1986, Commenced practice as a Barrister sole.

1969, Admitted as a Barrister and Solicitor of the High Court of New Zealand.

Appearances as counsel before three commissions of inquiry, including the Commission of Inquiry into Oakley Hospital (the Gallen Inquiry) and the Inquiry into Cervical Cancer Treatment at the National Women's Hospital (the Cartwright Inquiry).

One of the team of counsel for the Liquidator led by Ted Thomas QC (as he then was) in the Securitibank collapse litigation, 1984 - 1987.

Counsel for the plaintiff in the High Court and amicus curiae in the Court of Appeal, in Duncan v Medical Practitioners Disciplinary Committee and New Zealand Medical Council[1986] 1 NZLR 513 (leading authority on professional disciplinary proceedings against medical practitioners).

Counsel for the plaintiffs in Willis and Others v Attorney-General (Customs Department),November 1989 and on appeal ([1989] 3 NZLR 574) (wrongful detention by Customs officers; also a leading authority on the inter-relationship between the accident compensation system and the common law).

Counsel for the successful plaintiff in Shattock v Devlin [1990] 2 NZLR 88 (damages claim against the Police and a third party for wrongful trespass to and removal of a fixture on land).

Counsel for nineteen former patients of National Women's Hospital in medical negligence litigation arising out of the Cervical Cancer Inquiry, successfully settled in May 1992; and on appeal in relation to the inter-relationship between the accident compensation system and the common law (see Green v Matheson [1989] 3 NZLR 504).

Counsel for the successful plaintiffs in McIntyre and Others v Bianchi and Others [1992] 3 ERNZ 1057 (the Marsden Point Scaffolders' case: union conspiracy and intimidation).

Counsel for a number of dissenting Maori tribes in the constitutional and administrative law challenge conducted in the High Court and Court of Appeal in late 1992, over the 'Sealord' Maori Fisheries settlement, Te Runanga O Wharekauri Rekohu Inc. v Attorney-General [1993] 2 NZLR 301.

Counsel for plaintiffs/appellants in Auckland Unemployed Workers' Rights Centre and Others v Attorney-General (Police) [1994] 3 NZLR 720 (CA) (helped to establish the 'Baigent' compensation remedy for breach of the New Zealand Bill of Rights; Crown immunity from suit).

Counsel for the successful plaintiff/respondent in Harvey v Derrick [1995] 1 NZLR 314 (CA) (leading authority on the extent of changed liability and immunity from suit of District Court Judges).

Counsel for the appellant in Accused (CA60/97) v Attorney-General (1997) 15 CRNZ 148 (CA) (Bill of Rights fair trial guarantees; inherent jurisdiction of Court to have witness under threat testify from a distance by video link).

Counsel for the successful respondent in Goldfinch v Auckland City Council and others [1996] NZRMA 329 C.A. (mandatory and directory requirements under Resource Management Act).

Counsel for the appellants in Quilter v Attorney-General [1998] 1 NZLR 454 (the 'same-sex marriage' case; discrimination on the grounds of sex and sexual orientation; leading authority on interpretation under the New Zealand Bill of Rights Act 1990).

Counsel for the successful plaintiff in Smith v Air New Zealand Ltd [2000] 2 ERNZ 376 (discrimination in employment on the grounds of age; application of ICAO 'age 60' restrictions to international airline pilots).

Counsel for the respondent in Harder v Proceedings Commissioner [2000] 2 NZLR 80 (CA) (liability for breach of privacy principles under the Privacy Act 1993).

Zaoui v Attorney-General (No. 2) [2004] 2 NZLR 339, [2005] 1 NZLR690, [2006] 1 NZLR 289 (HC, CA and SC) (right of recognised refugee seeking review of a security risk certificate to natural justice and a summary of allegations, extent of protection from deportation afforded to refugee by Article 33.2 of the Refugee Convention; judicial review of decisions made by Inspector-General of Intelligence and Security when reviewing security risk certificate; applicability of the Torture Convention to Inspector-General's review and to any ultimate deportation of recognised refugee for security reasons);

Security risk certificate review before Inspector-General of Intelligence and Security (resulting in withdrawal of the certificate by Director of Security and upholding of refugee status for Ahmed Zaoui).

Counsel for the successful plaintiff in A v Council of the Auckland District Law Society[2005] 3NZLR 552 (powers of District Law Society to requisition medical examination of a law practitioner involving invasive testing and the giving of bodily samples).

Counsel for the plaintiffs in Akatere v Attorney-General [2006] 3 NZLR 705 (challenge to exercise of the Royal prerogative: Cabinet policy fixing levels of ex gratia payment to victims of miscarriage of justice alleged to be contrary to International Covenant on Civil and Political Rights).

Counsel for the successful appellant in NZALPA v Air New Zealand Limited [2008] 2 NZLR 1 (Supreme Court of New Zealand) (employee rights under the Public Holidays Act 2003 to time and a half and 'alternative holiday' for working on a public holiday upheld).

Amicus curiae in Siemer v Solicitor-General [2009] 2 NZLR 556 (CA) (right to trial by jury under section 24 of the Bill of Rights for persons facing imprisonment for contempt of court; distinction between civil and criminal contempt).

Counsel for the respondents in Air Nelson Limited v NZEPMU [2010] 3 NZLR 433 (Supreme Court of New Zealand): legality of employer’s use of independent contractors to perform the work of striking employees; effect of section 97 of the Employment Relations Act 2000.

Counsel for the successful respondent in Attorney-General (Minister of Immigration) v Tamil X [2011] 1 NZLR 721 (Supreme Court of New Zealand): exclusion from refugee status under Article 1F of the Refugee Convention on the grounds of complicity in crimes against humanity or serious non-political crimes.

Counsel for the respondent in Attorney-General v Chapman [2012] 1 NZLR 462: damages liability of the Crown for judicial breach of the New Zealand Bill of Rights Act.

Counsel for the appellant in Terminals (NZ) Ltd v Comptroller of Customs [2014] 1 NZLR 121 (Supreme Court of New Zealand) (definition of “manufacture” in relation to motor spirit, for excise duty purposes).

Counsel for the partly successful respondent in Waterhouse v Contractors Bonding Ltd [2013] NZSC 89 (Supreme Court of New Zealand) (Court supervision and in particular disclosure to opposing party of existence and terms of a litigation funding agreement).

Counsel for the appellant in The Queen v Perry [2016] NZSC 102 (Supreme Court of New Zealand): admissibility of admissions made to the Police following caution and exercise of the right to silence.

Counsel for the appellant in Marwood v Commissioner of Police [2017] 1 NZLR 260 (Supreme Court of New Zealand): admissibility of improperly obtained evidence in proceedings under the Criminal Proceeds (Recovery) Act 2009.

Counsel for the respondent in A Ltd v H [2017] 1 NZLR 295 (CA): test for sufficient investigation of misconduct allegations under section 103A of the Employment Relations Act.

Counsel for the successful plaintiff in Taylor v Minister of Affairs [2016] NZAR 1244: application for judicial review against decision to cancel New Zealand citizenship.

Counsel for the successful respondent in ASG v Hayne, Vice-Chancellor of the University of Otago [2017] NZSC 59 (Supreme Court of New Zealand): meaning and effect of an order for non-publication of name and details under the Criminal Procedure Act.

Counsel for appellants in Cameron and Others v The Queen [2017] NZSC 89 (Supreme Court of New Zealand): mens rea (mental element) for drug dealing offences under the Misuse of Drugs Act.

Pohiva and Others v Kingdom of Tonga, Supreme Court of Tonga, December 2002; Court of Appeal of Tonga, 25 July 2003 (false imprisonment of journalists and People's Representative by Legislative Assembly; damages for wrongful detention)

Lali Media Group Limited and Others v Kingdom of Tonga and Others, Supreme Court of Tonga, April and May 2003,Court of Appeal of Tonga, 25 July 2003 (successive Governmental bans on Tonga's leading newspaper the 'Taimi O Tonga' overturned; breach of Constitutional guarantees)

Bishop v The Crown CA 2/16, Court of Appeal of the Cook Islands, 6 December 2016 (appeal against conviction and sentence on a charge of accepting bribes against a Cabinet Minister).

Elected as a Fellow of the International Academy of Trial Lawyers, 1995.

Admitted to Life Membership of the Criminal Bar Association of New Zealand, 2017.

Withdrawal of Criminal Charges by the Prosecution (June 1980)

Peaceful Protest and Arrest for Breach of the Peace (March 1983)

Police Powers of Seizure to Prevent an Offence (October 1984)

The Contempt of Court Powers of the District Court (May 1987)

Speaking Out: Members of Parliament and the Judicial Process (August 1988)

The Mass Media and the Criminal Process (May 1989)

Entry of Traffic Officers on to Private Property (September 1989)

Schools and Searching for Drugs (July 1991)

"The Oakley Inquiry in Retrospect and its Aftermath", in Mental Health: A Case for Reform (Legal Research Foundation, September 1986), p 91

In the Wrong? Do You Know Your Rights? (The New Zealand Bill of Rights and Civil Remedies), Auckland District Law Society Waitangi Conference, August 1992

"Powers, Duties and Accountability of School Boards of Trustees", in Education and the Law in New Zealand (Legal Research Foundation, April 1993)

The Case Against Creating Police Powers of Detention for Questioning: An Answer to the Law Commission's Report on Police Questioning, Lawtalk 426, 21 November 1994, p 21

He That is Without Sophistry, Let Him Cast the First Epithet, March 1995 Bill of Rights Bulletin No. 2, p 18

“Political Free Speech in New Zealand: Dangerous Beast or Endangered Species?”, in “Freedom of Speech and the Safety of the State” Waikato Law School Seminar July 2008

“Criminal Law: Cuts to Criminal Legal Aid, Public Defenders and the Importance of an Independent Criminal Defence Bar”, in “Access to Justice in an Age of Austerity”, Legal Research Foundation/NZ Centre for Human Rights Conference, March 2013 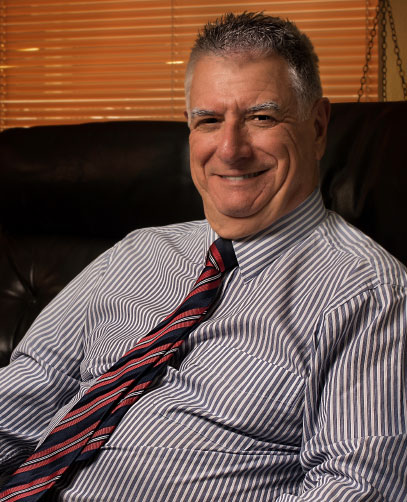